This vibrant Asian inspired needlepoint sample was inspired by patterns in the Central Asian Embroideries book by the DMC library.

If you are not familiar with this book, I thought I would share a bit of history!

The DMC Library was initiated by Thérèse de Dillmont in France over a century ago. Have you heard of Dillmont’s Encyclopedia of Needlework (1886)? She owned a series of shops in various European cities and was considered a pioneer in needlework in the nineteenth century.  She started working with DMC in France in 1884 and became a true asset for the company.  At that time DMC was introducing mercerized cotton and with her help the company became known for its publications as they included clear instructions and illustrations for their designs.

How We Created This Asian Inspired Needlepoint

The sample above is stitched on an 18-count canvas using size 5 Perle cottons.

What colours were used?

While the sample doesn’t feature a lot of green, you will see Colour 184 in the corners so fitting for my March green feature! If you are interested in the book you can find it on available on Amazon.

If it interests you, there is an ebook version of Dillmont’s Encyclopedia HERE. 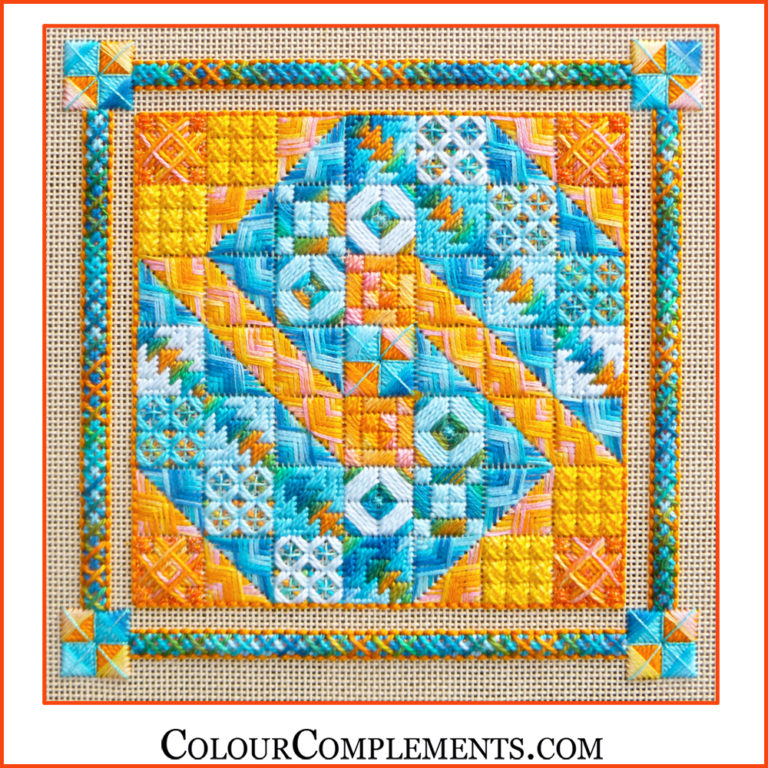 Introducing my version of Ariadne!  Ariadne is a counted canvas pattern designed by Michael Boren and Carole Lake.  It was… 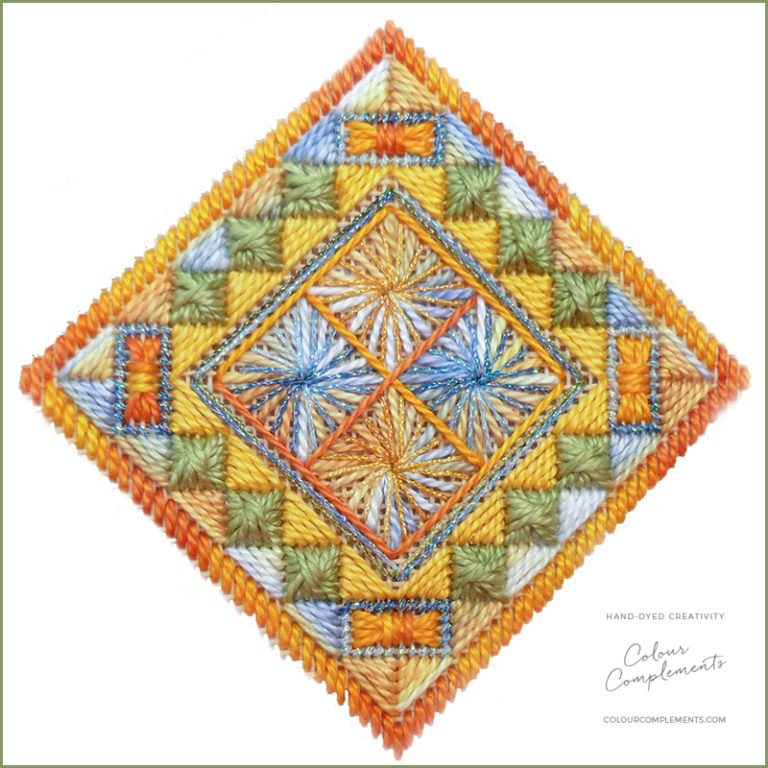 My second JEWEL BOX diamond. As I posted previously, this is part of Laura Perin’s “Jewel Box” pattern available either… 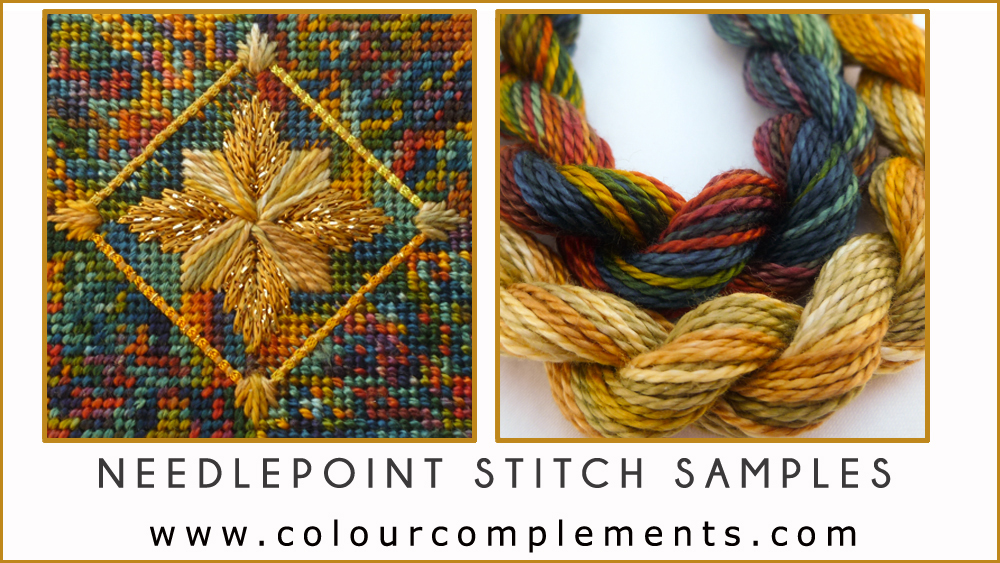 Yes, I promised an example, of an AUTUMN inspired needlepoint stitch sample! About a month ago I mentioned I was… 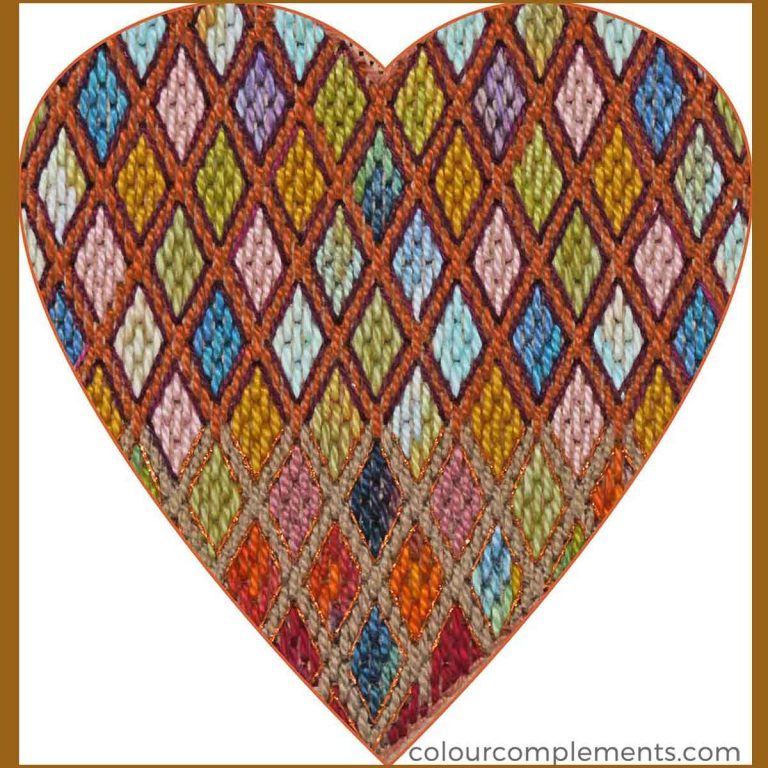 It’s a new heart today – a bargello heart.  If you are new to my Hearts for Hospice series you… 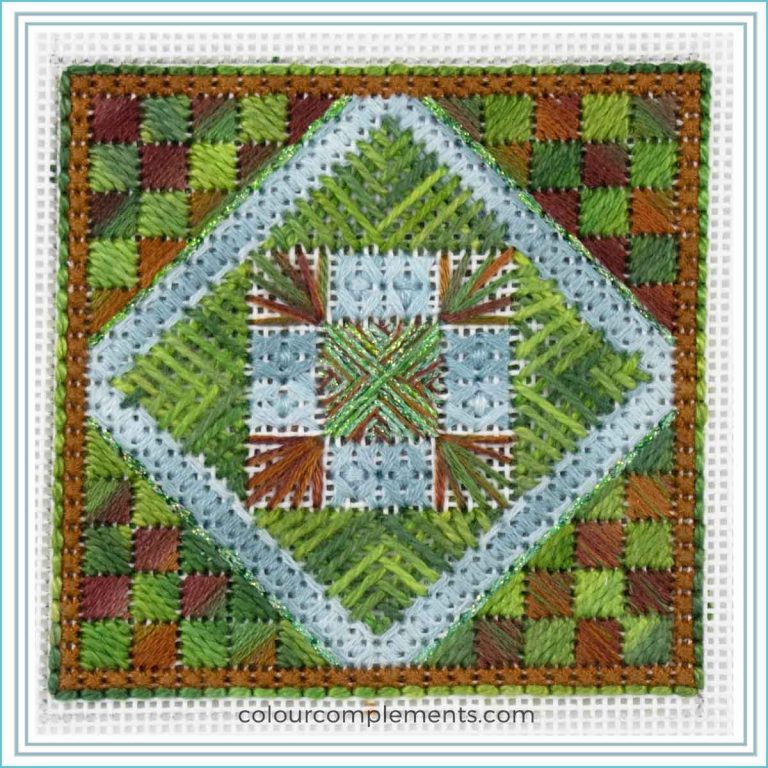 Let’s talk about some fall-themed stitching today. After the heat of the summer, I always look forward to the cooler… 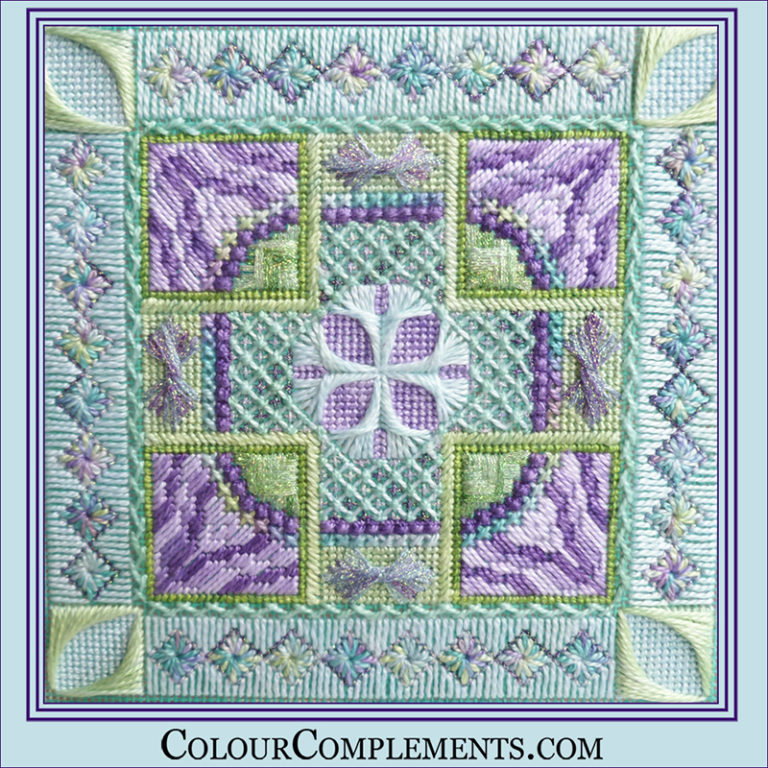 For those of you who may have missed yesterday’s post, MY WAY is a counted canvas pattern created by Carolyn Mitchell….