Central Asian Embroideries is a book by the DMC library.  Some of you may be familiar with this book but if not here is a little history for you today.

The DMC Library was initiated by Thérèse de Dillmont in France over a century ago.  Have you heard of Dillmont’s Encyclopedia of Needlework (1886)?  She owned a series of shops in various European cities and was considered a pioneer in needlework in the nineteenth century.  She started working with DMC in France in 1884 and became a true asset for the company.  At that time DMC was introducing mercerized cotton and with her help the company became known for its publications as they included clear instructions and illustrations for their designs.

Central Asian Embroideries is one of these books and provides patterns from Kirghizes, Tadjiks, Uzbeks and Afghans.  The small sample above is from the book.  It measures about 3 inches on 28 count linen.  All four colours in my new fall collection have been used.  I really think this shows how each of the colours appear when stitched beautifully.  You can really see the colour variations.  The sample was stitched with one strand of floss in each of the colours – 66, 67, 68, 69.

I think it would be worthwhile to check out the book.  Lots of designs even though it was published many years ago.  Available on Amazon.

If it interests you, there is an ebook version of Dillmont’s Encyclopedia HERE. 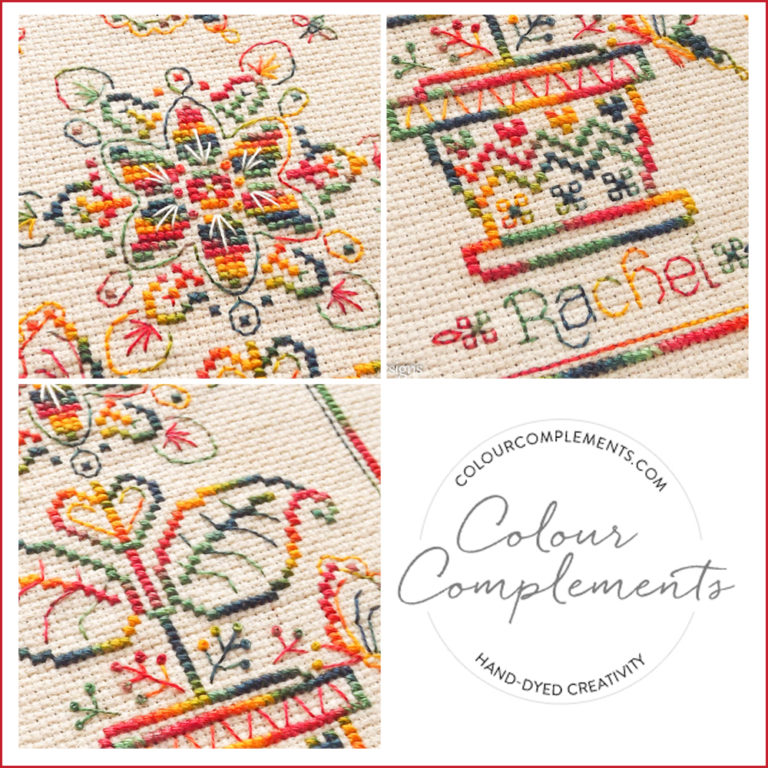 A fantastic and original example of CROSS STITCH today.  I would like to introduce, Rachel in Tasmania, Australia.  Rachel has… 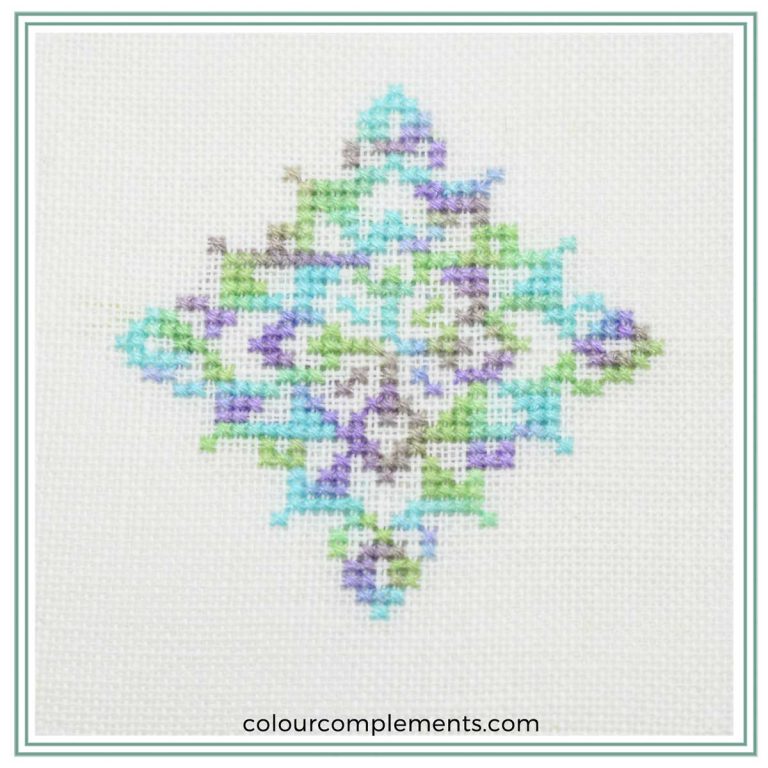 I posted previously that I would be featuring some card inserts. If you are a member of any sort of… 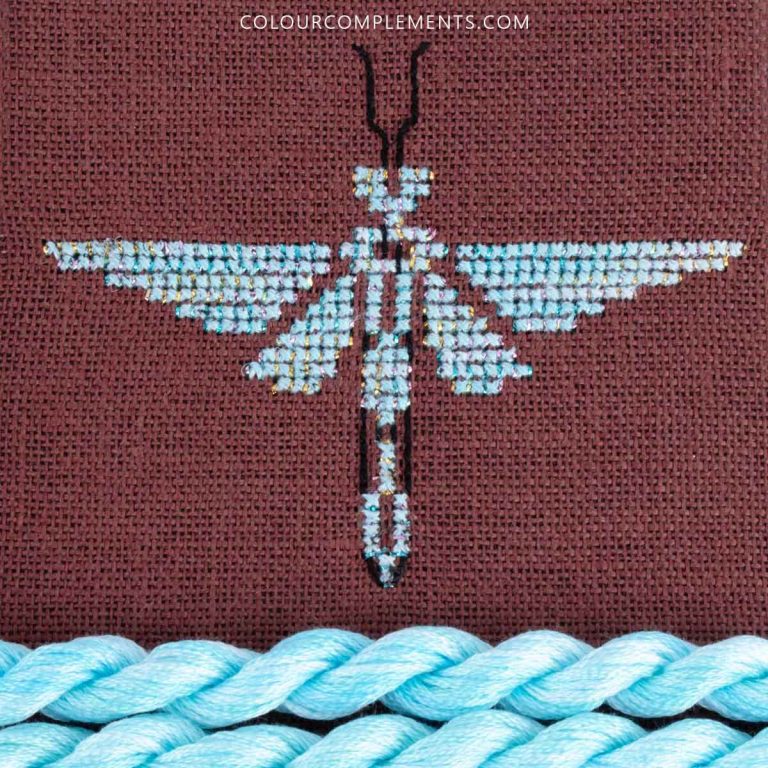 I think this is the first time I’ve shared a cross stitched dragonfly.  I often add dragonflies to my crazy…

My final example of CROSS STITCH today highlighting two of my Spring Collection colours. Maria has stitched this lovely sample. … 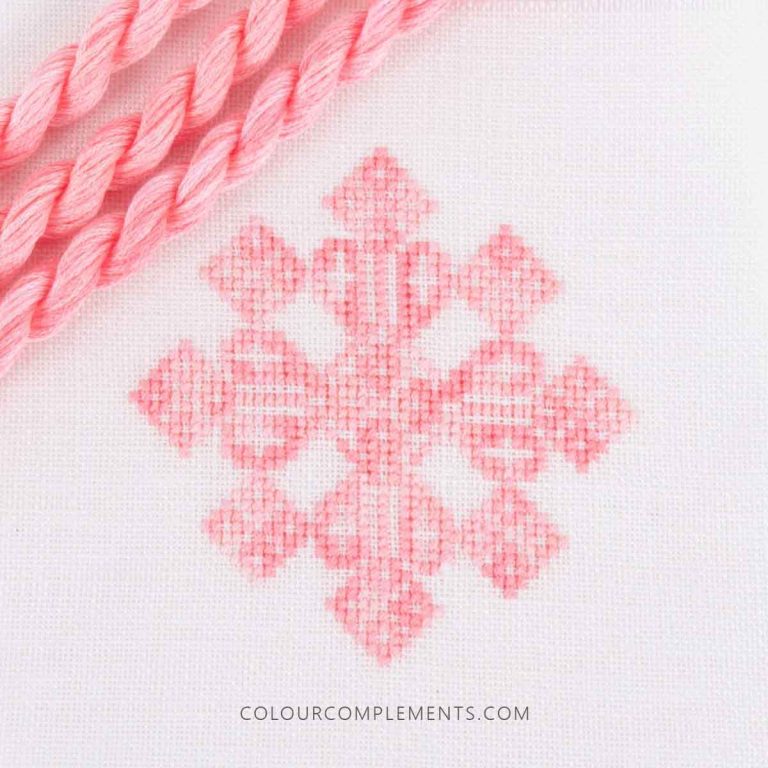 As promised, this is my second example of cross stitch featuring colour #72 which is a lovely coral pink blend… 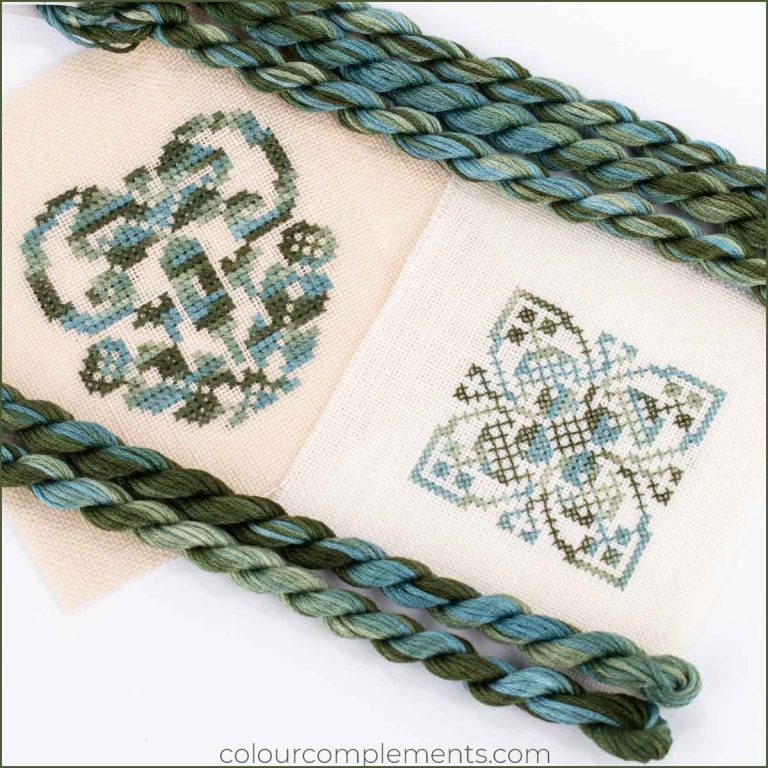 Can you believe that these two patterns were created using ONE colour only from our collection?! You’re definitely in for…