I know many of you including myself will likely remember friendship bracelets.  They became popular in the 70’s and if I recall correctly, I remember “hippies” wearing them.  I also recall seeing them worn at political rallies at that time. They may not have been called friendship bracelets then, I’m not sure.

A friendship bracelet is a bracelet given as a sympbol of friendship.  Originally these colourful bands were created by native people in Central and South America.  According to tradition, one ties a bracelet onto the wrist of a friend who may wish for something at that moment.  The bracelet should be worn until it is totally worn-out and falls off by itself, at which moment the wish is supposed to come true.  Who knew???

They are generally handmade, usually from embroidery floss or thread and are a type of macramé.  I sure remember macramé. There are various styles and patterns, but most are based on the same simple half hitch knot.  They symbolize a friendship that is strong and everlasting.

The amount of thread required in each bracelet varies depending on the pattern.  The smallest pattern, a double chain knot, requires two strings while the candy stripe can have 3 or more strings depending on the thickness desired.

You know the saying, what goes around comes around.

Well, today they are popular and commonly worn by all ages.  Interestingly over the last number of months I’ve had a number of emails regarding queries about suitable threads.  I imagine this is the result of stay at home orders so “we” are looking for creative ideas.

Paige recently purchased some of my cotton floss and created the beauty above.  She has used Colour #23.  This bracelet uses forward and backward knots and she used two strands of white and two strands of colour 23 folded in half, so 4 of each.  She tells me she used about a third of the skein.  Evidently she gives them as gifts to the children in her complex.  AND, not surprisingly they are really popular.

Thanks for sharing Paige. 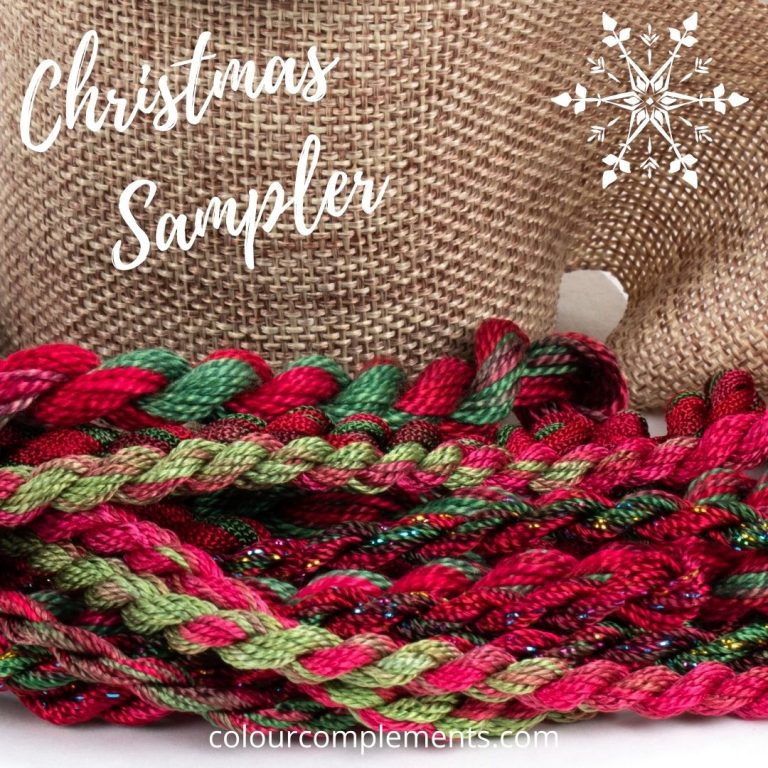 Each year I dye a Christmas Sampler ideal for those of you stitching Christmas projects. I like to offer a… 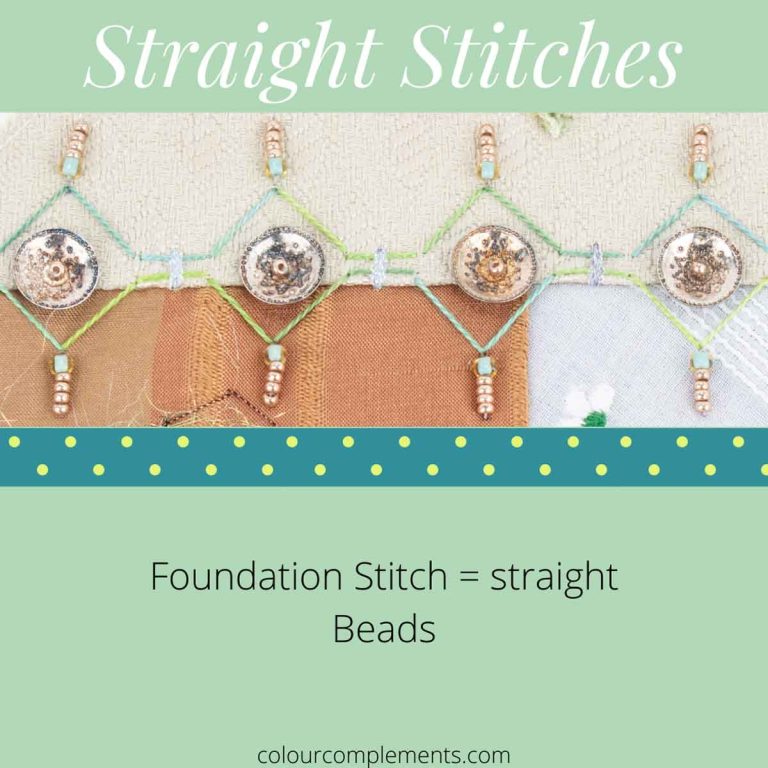 I wanted to share a third example of utilizing straight stitches to add beads or embellish any project. After I… 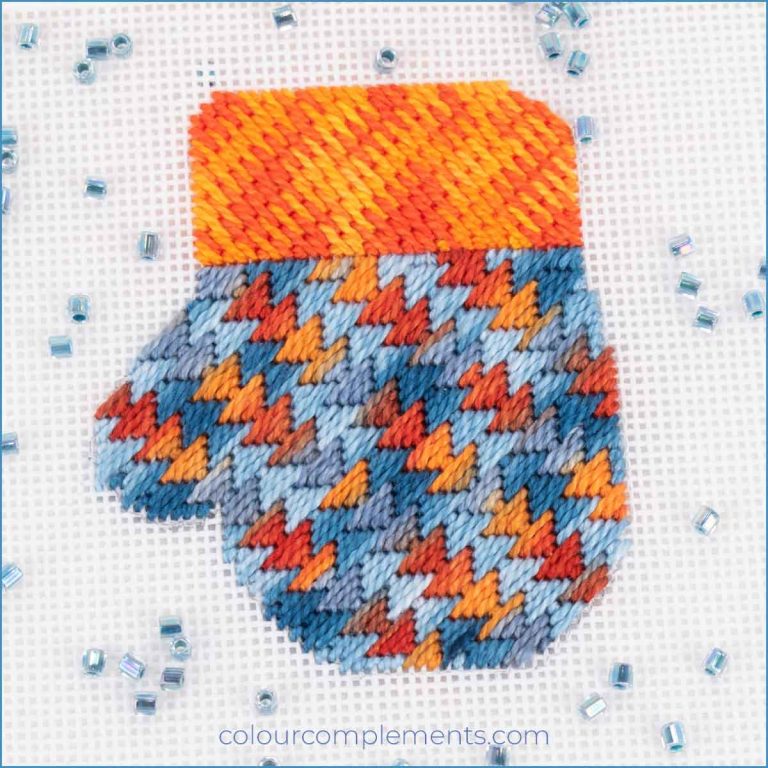 I am really excited to get started with our Needlepoint Mittens Series. But first, a bit of background on what… 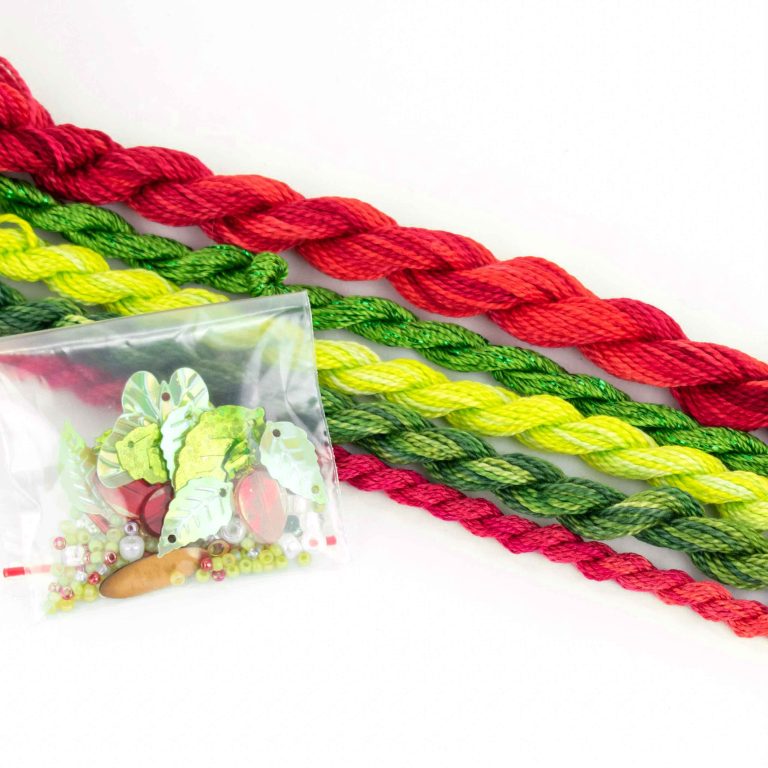 Celebrating Christmas in July with our Christmas Sampler.  I always like to offer seasonal samplers usually in November but this… 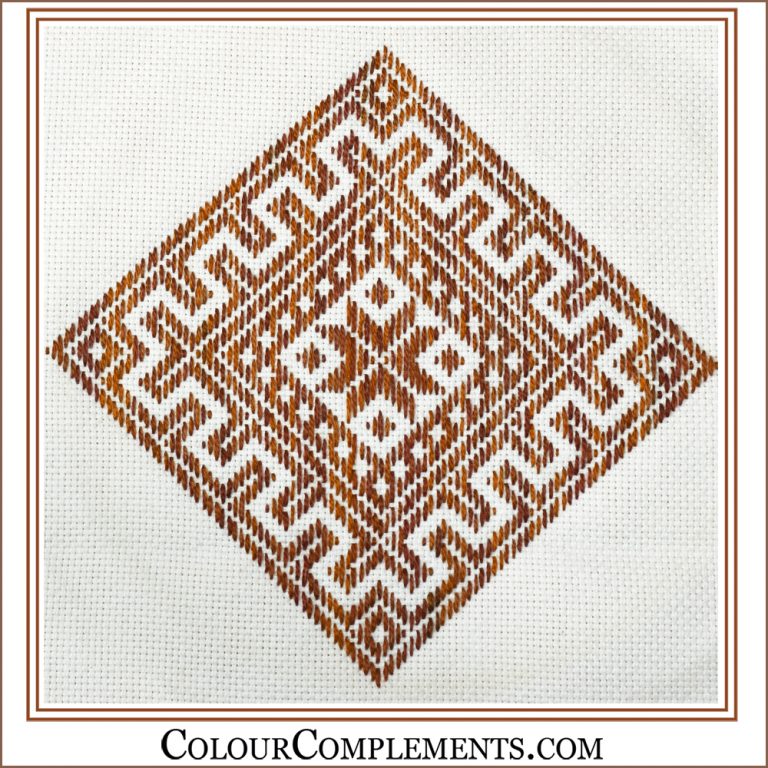 Does PATTERN DARNING make you think of holes in socks?  That’s what I thought of!  I remember watching Mom darning… 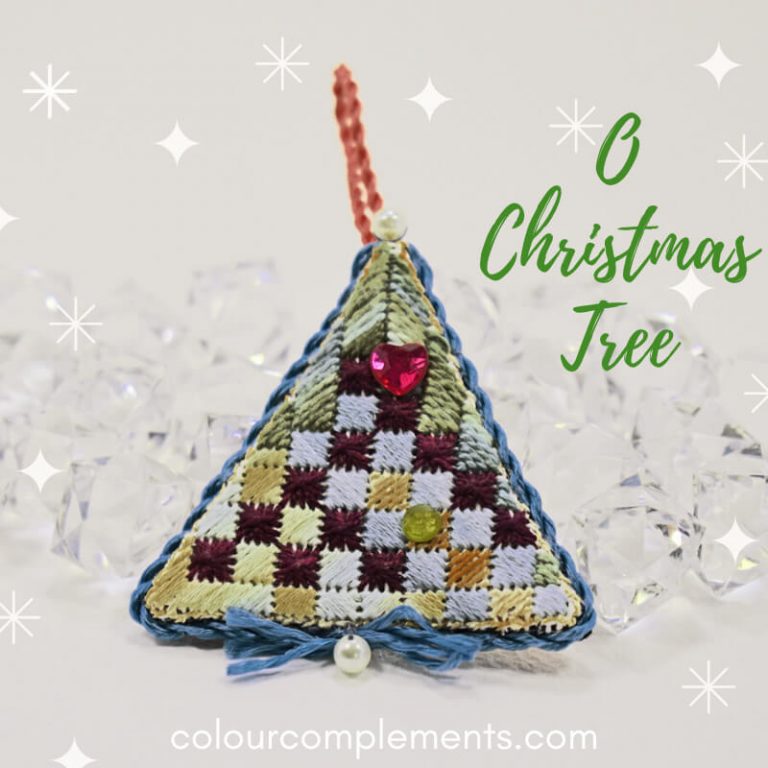 Christmas! What does it mean to you? While for many it is a religious holiday, for others it is a…