When I first looked at what Verna created, I was enthralled by the beautiful overlapping patterns. Because of this, I’ve decided to entitle this creation “Intertwined”. I encourage you to look closely at the stitching pattern – I guarantee you’ll probably be as mesmerized!

As mentioned earlier, the colours that I chose for this particular Temari ball design was a bit softer than other palettes.  I wanted to create something soothing for the eyes.

For this pattern, I paired Colour #63 (which has since been discontinued) with Colour #186.  Colour #71 could be substituted for #63 as they have similar colours.  These colours provide a contrast of light and dark shades which give the pattern more depth.

Because the overall pattern was quite soft, Verna added some beads to play with the textures of the entire design.  You can see a few of them framing the outer edge of the Temari ball if you look closely!

Verna chose a beautiful shade of violet to compliment the teals and soft greens of the threads. The colour combination reminds me so much of an herbal garden of lavender and sage! I feel as though I can even smell the scents through the colours.

If you want to find out more about Temari check out this website. Well done, Verna! You’ve done it again. 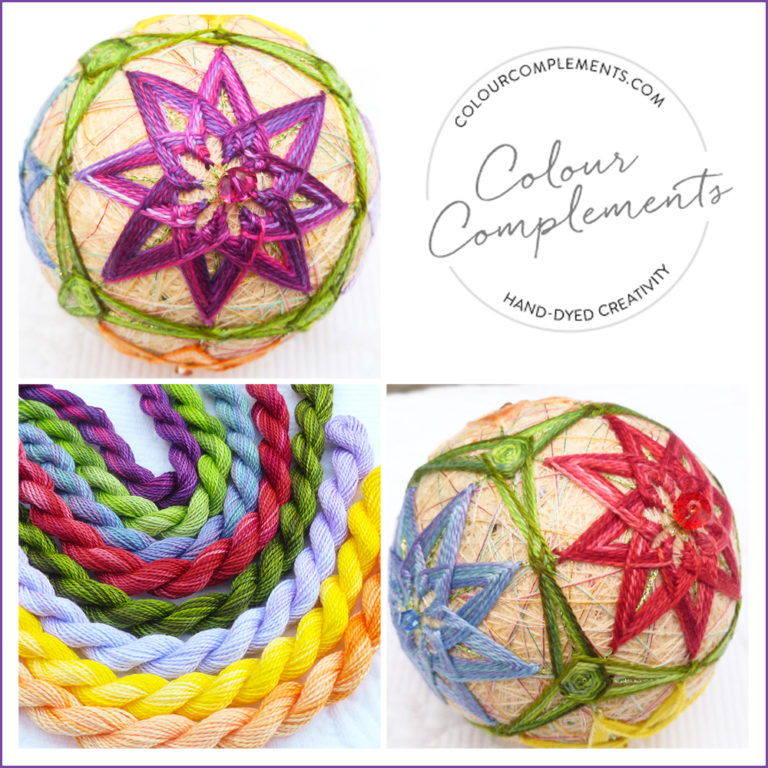 Another TEMARI ball and it is a beauty!  The pattern is Kiku Mums by Barbara Seuss.  Verna chose a pale… 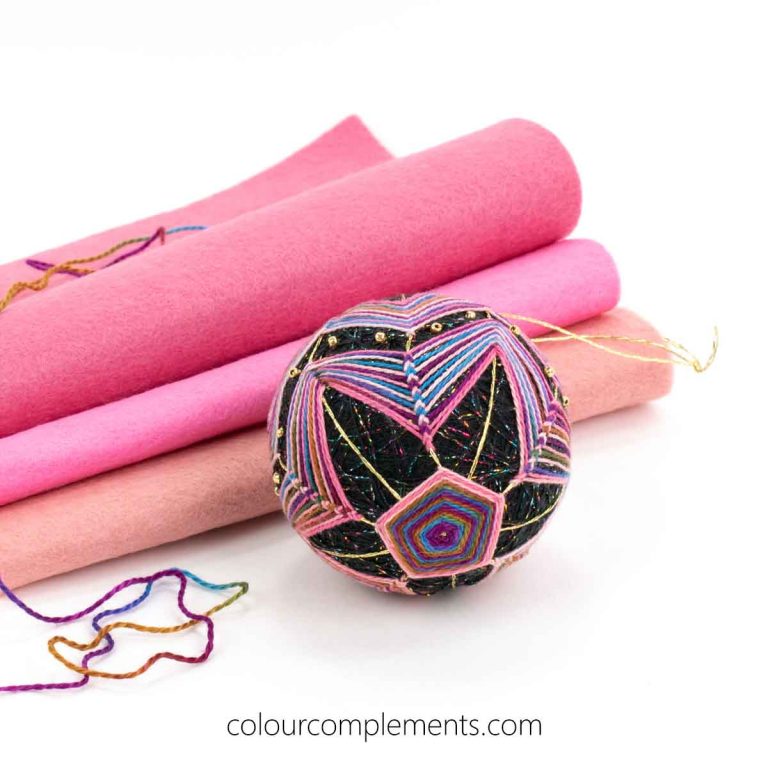 Coincidentally enough, many of the Temari thread ball patterns that I’ve been featuring lately really echo the natural flora and… 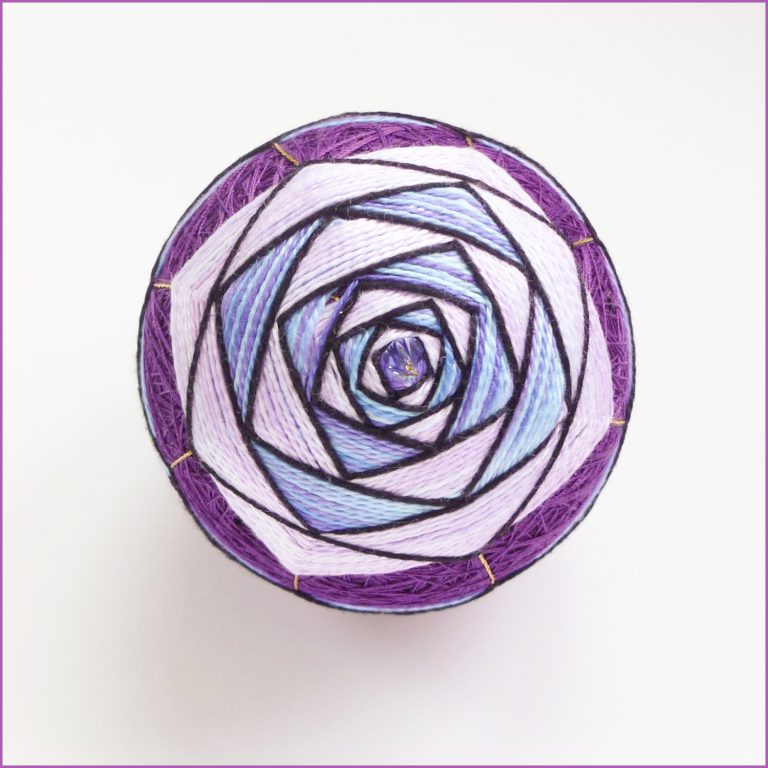 If you are not familiar with TEMARI balls then you are in for a treat today.  I was very surprised… 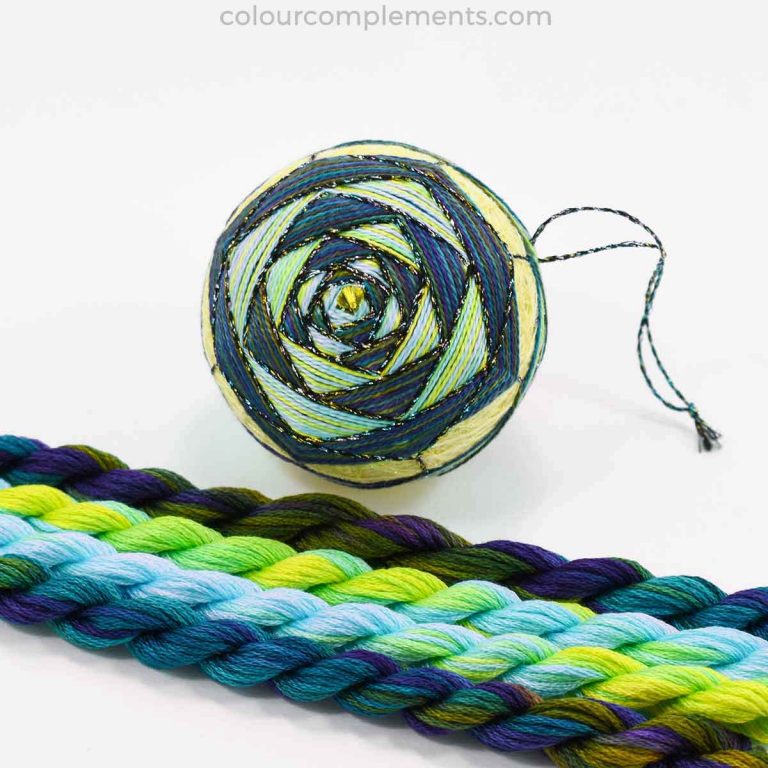 What are Temari balls? Temari balls are Japanese thread balls meaning “hand ball” in Japanese.  They are a folk art… 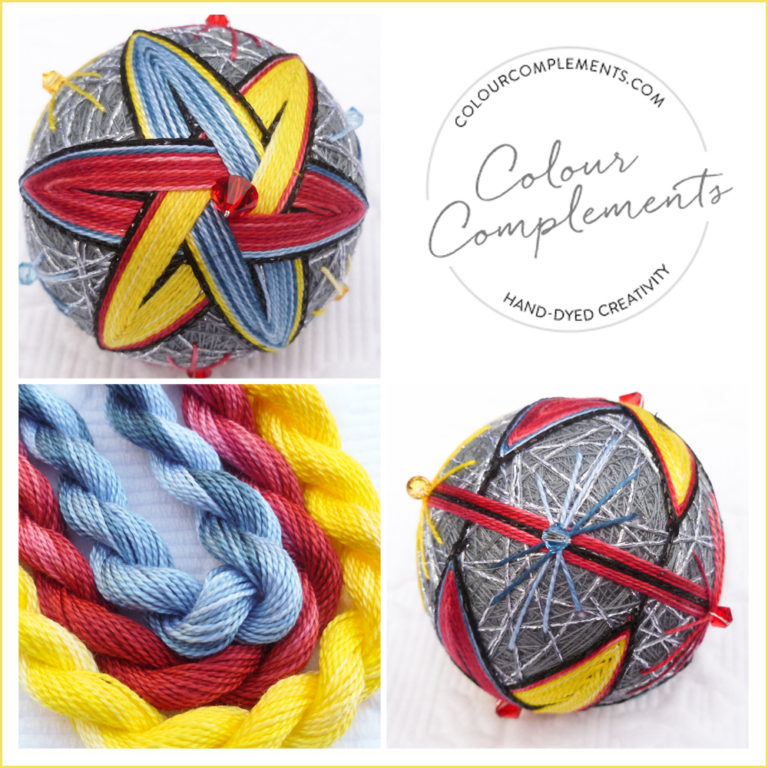 Another TEMARI ball to add to my growing collection. I have mentioned before that Verna, a fellow Canadian loves creating… 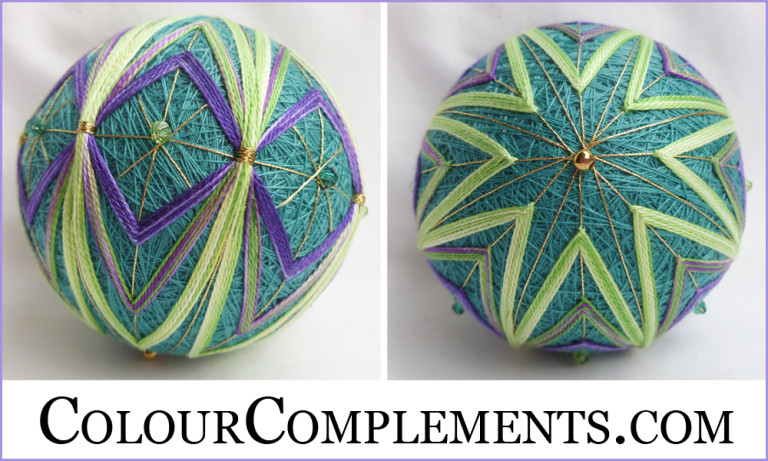 Temari are Japanese thread balls.  They are a folk art form originating in China and later introduced to Japan.  Temari…