This is part of Kerry’s JEANS QUILT.  Kerry is one of my delightful customers who ALWAYS has some stitching on the go.  She started collecting old jeans from everyone she knows (sister, brother, parents, nieces, nephews, boss etc.) for the past several years.  She specifically focused on collecting jeans without stretch!  She had originally intended to create this as a gift for her nephew but has decided it is a bit more feminine so she will be keeping it!

Each apple core block is approximately 9×4”.  She used the Missouri Star Quilt Company template to create her blocks.  She is using size 3 perle cotton which I custom dyed for her – I think about 80 or so skeins!!!

During my correspondence with Kerry the discussion of colour bleeding came up.  I want to share a tip that Kerry shared which I suspect some of you may already know.  Colour Catchers!  I had not heard of these but evidently they are made by Johnson & Johnson.  They are “dye trapping sheets – absorbs and traps loose dyes in the wash”.  You should be able to locate them in the laundry isle of your local grocery store.

Kerry discovered them years ago when she made a red on white quilt.  Despite the fact she had pre-washed all her fabric and threads she used these when some bleeding occurred and it worked well.  Just a little tip!! 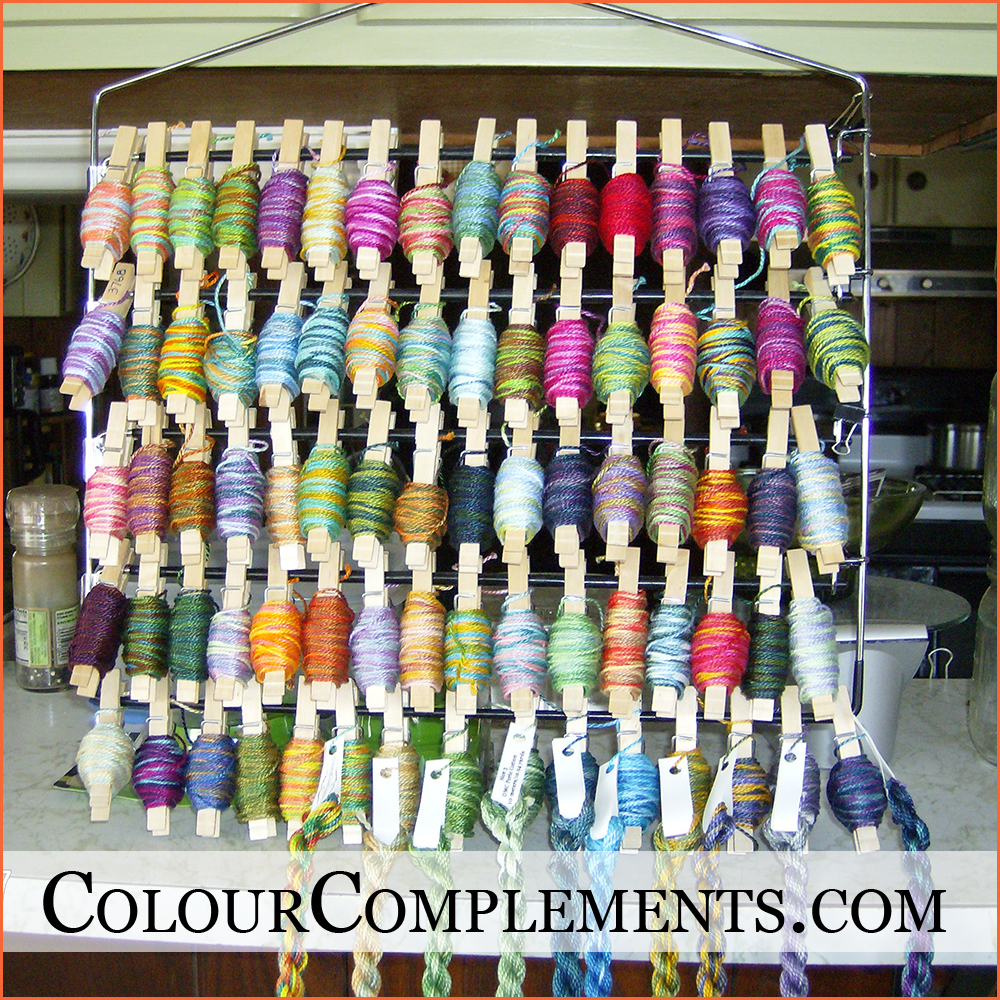 Thought I would share how Kerry is organizing all her size 3 perles!  They do look colourful Kerry.  Thanks so much for sharing. 🙂

A lovely example of pattern darning today.  In April of this year I attended a stitch in.  I had never… 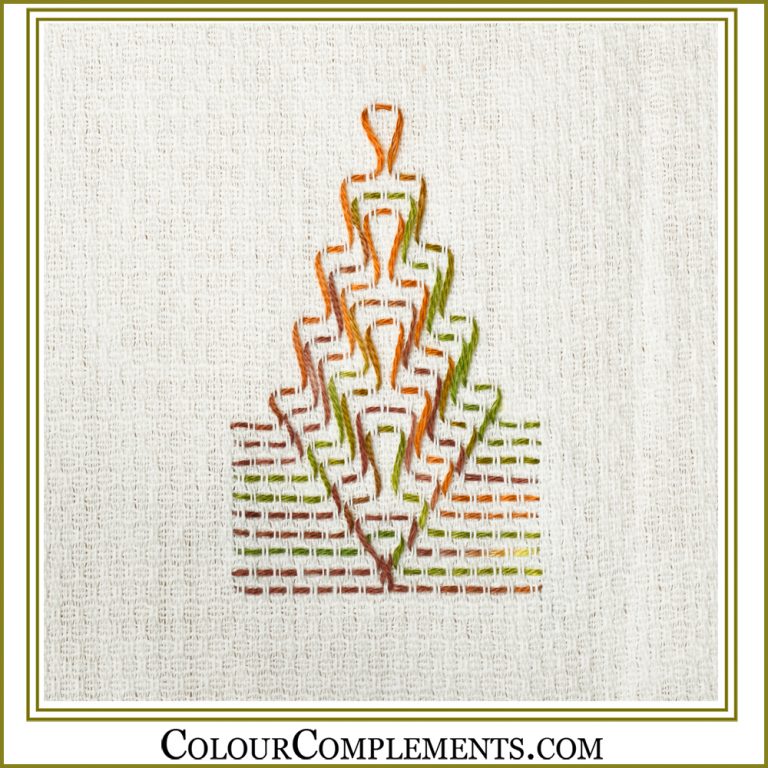 HUCK WEAVING or Swedish weaving is a surface embroidery technique known by a variety of names.  These include Huck Embroidery,…

Day 4 in my Colourful Christmas series!  Today I am sharing a creation by Diane, a lovely cross stitch scissor… 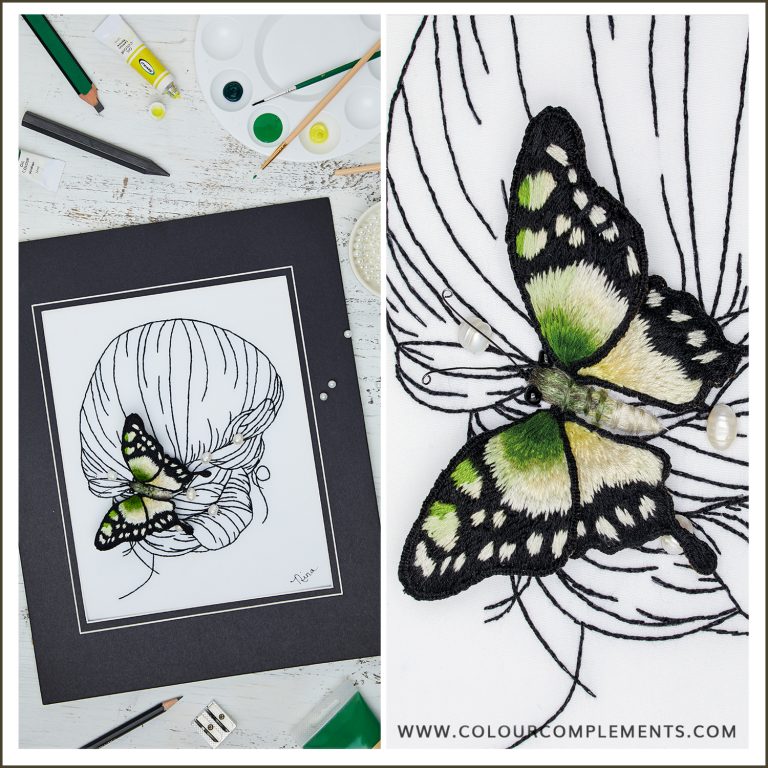 I must admit, it was an absolute thrill to see Flights of Fancy published in Inspirations magazine. I have been… 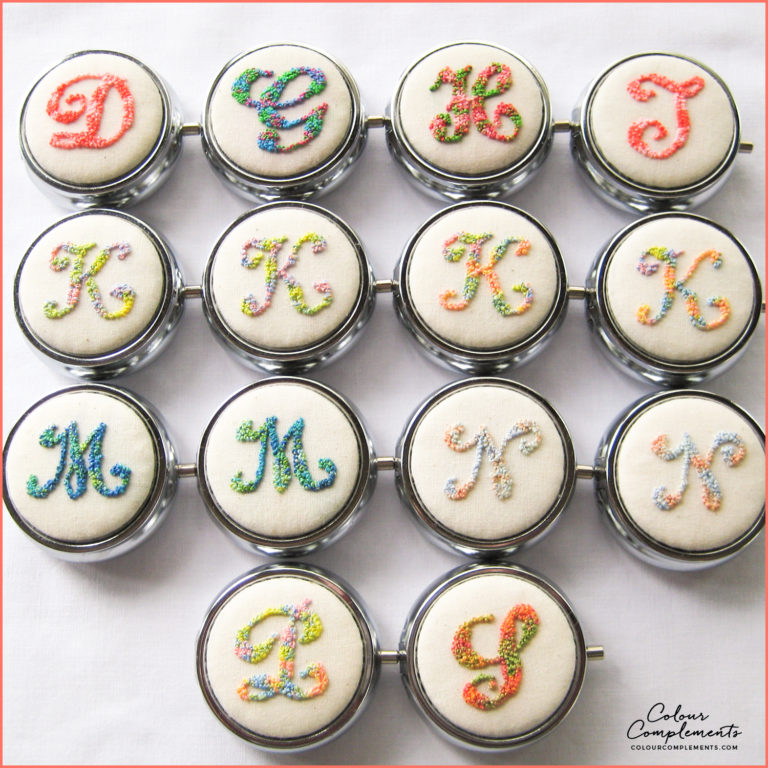 EMBROIDERY today by my friend and customer Kerry.  I have mentioned before that Kerry is a prolific stitcher.  Each year… 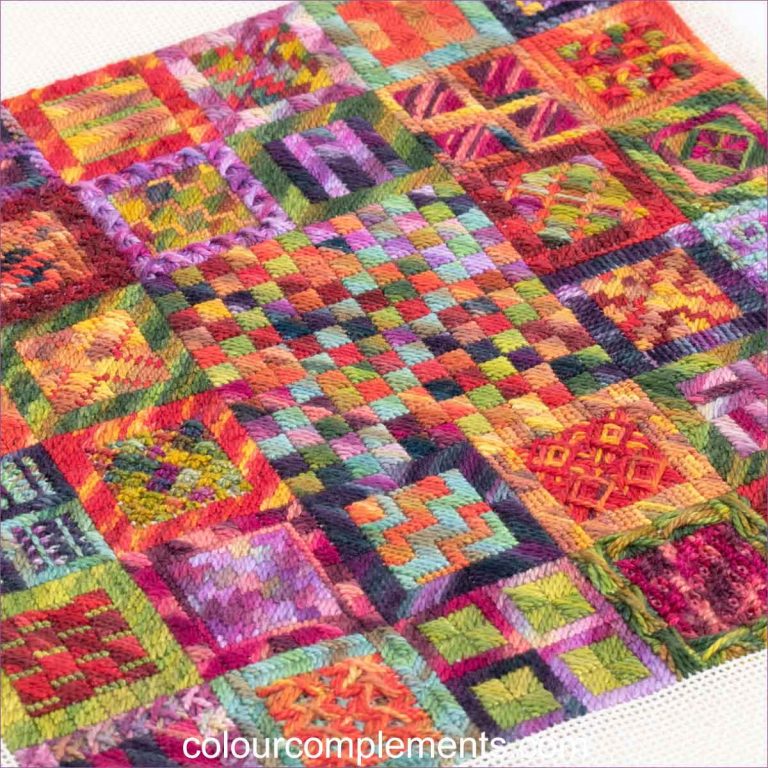 Today I’m sharing the final results of my Rainforest Crunch needlepoint project!  Yes, there are mistakes.  Remember this is my…