Today’s blog post features something a little different than your usual needlepoint project – this, my readers, is Hardanger!

It may look like a simple embroidered table linen, but the history behind Hardanger is rich and spans both place and time.

Beautiful needlework like this can be dated back to the Renaissance period. This type of embroidery is traditionally created using white thread on white even-weave linen or cloth. The beautiful embossed-style patterns are achieved using counted-thread and drawn-thread work techniques. While experienced stitchers know this embroidery style as “Hardanger,” it is also called whitework embroidery.

Hardanger was influential during the Renaissance period. It spread to Italy, evolving into a new technique called Italian Reticella and Venetian lacework. It wasn’t long before other variations spread across Europe. In Northern Europe, Denmark created their version, calling it Danish Hebedo (which was also popular in Holland). Scotland also had similar stitching through their Scottish Ayrshire work. There’s also Ruskin Lacework and Norwegian Drawn Work.  It’s clear to see that Hardanger was popular among many countries back in the day.

Modern Hardanger often uses overdyed threads rather than the traditional white or cream threads. The overall effect is stunning, as shown in this beautiful example stitched by my customer, Cheryl.

A Closer Look at this Modern Hardanger Design

The inspiration behind the pattern was from Mary Hickmott in New Stitches Magazine. While the magazine is no longer in print, I guarantee that you can source several back issues on eBay or Etsy from time to time!

The total overall piece measures 14-inches on each side. Well done, Cheryl!  Stitching up Hardanger can be quite a challenge, but you have done such a stunning job.

While Hardanger is typically used to decorate cushions, table linen and other household items, it’s hard to image this beauty on your table.  I believe it would look beautiful framed for everyone to appreciate.  Don’t you agree?!

Thank you for sharing your creativity Cheryl! 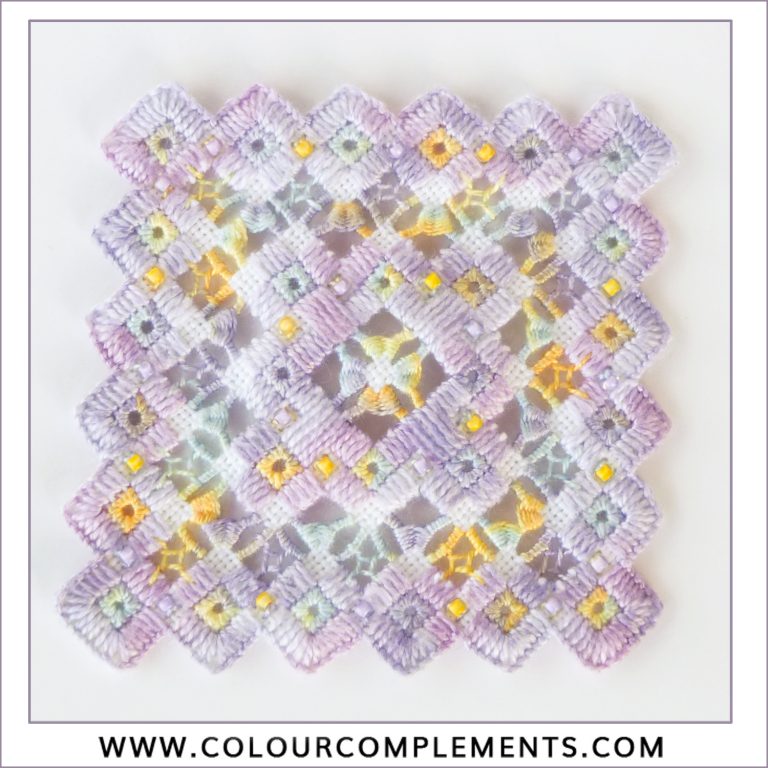 I am excited to share an example of HARDANGER today.  I have a number of customers who use my threads… 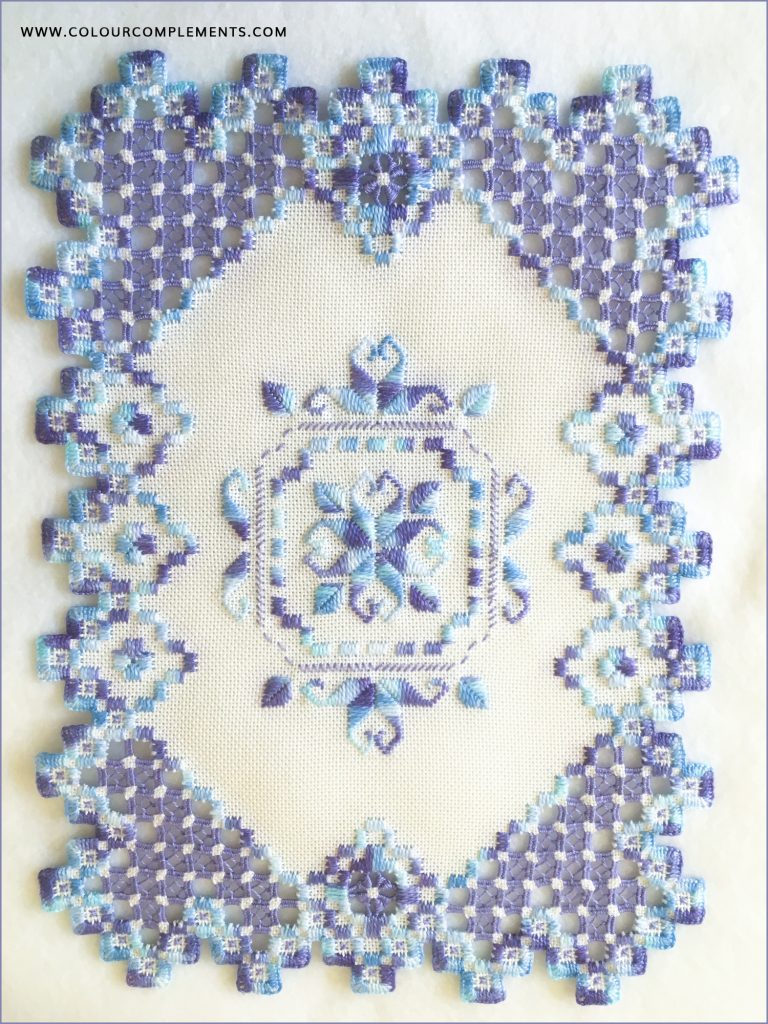 I have a couple of lovely examples of Hardanger to share today.  Hardanger is a form of embroidery traditionally worked… 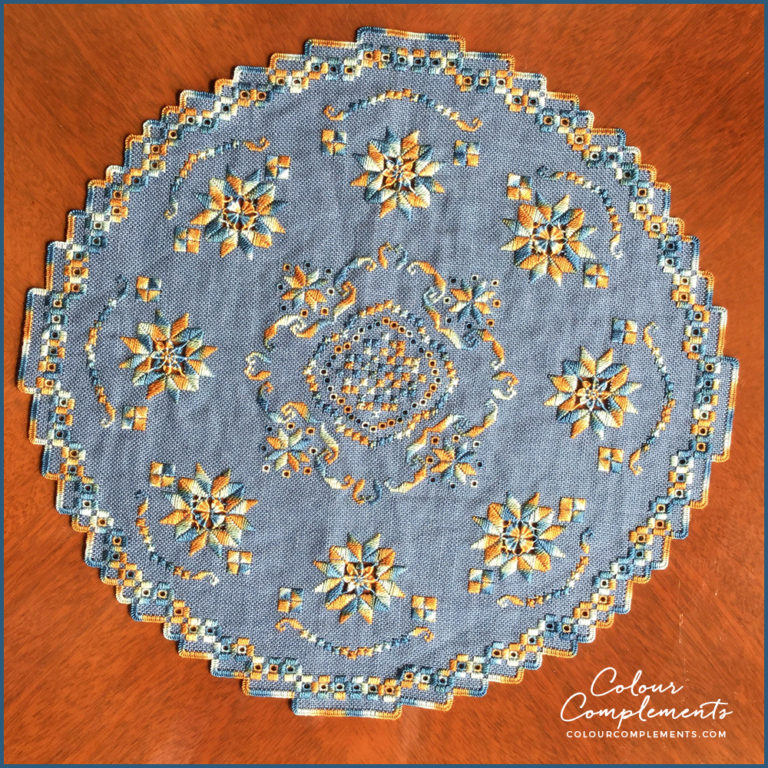 Some gorgeous HARDANGER today.  It is always such a delight to start my day off with a photograph from a… 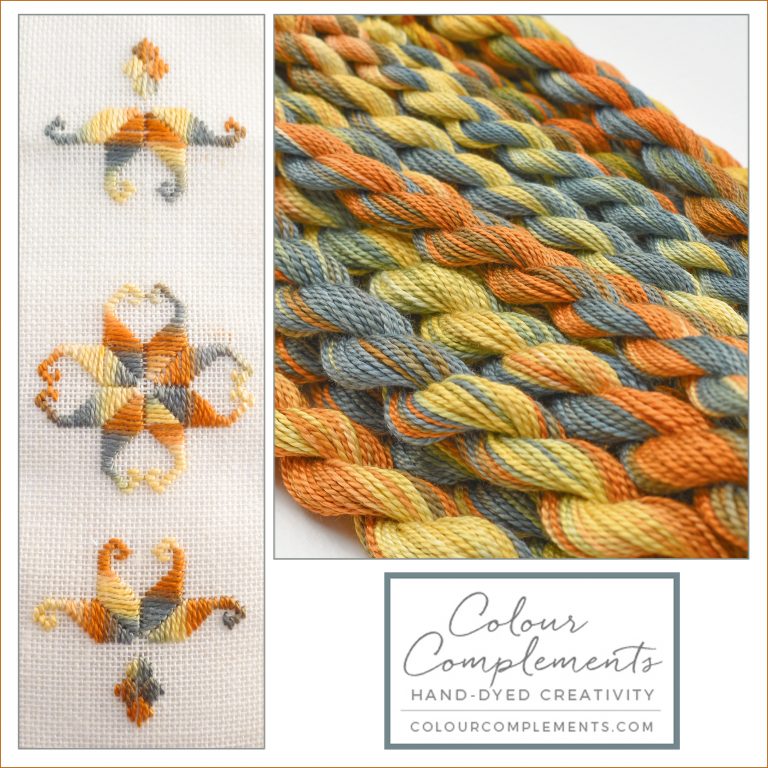 It is always fun to see a HARDANGER sample using Colour Complements threads.  Hardanger is a form of embroidery traditionally…